Google has started rolling out Android Market App update to version 3.3.11 which is destined to bring some nice features like auto download option which allows automatic download for pre-selected applications and games over the internet. Also update existing Applications and Games over WiFi only has been added in current update as most of the users too not have access to 3G cellular data for freeor non-bandwidth based charging therefore this feature will help. So now you can save lots of megabytes on your cellular data which can later be used for some other purposes in addition to saving your precious battery life as well. Another new feature is addition of home screen shortcut on installation of new application orgame which allows you to test application or game for the first time before you move forward. 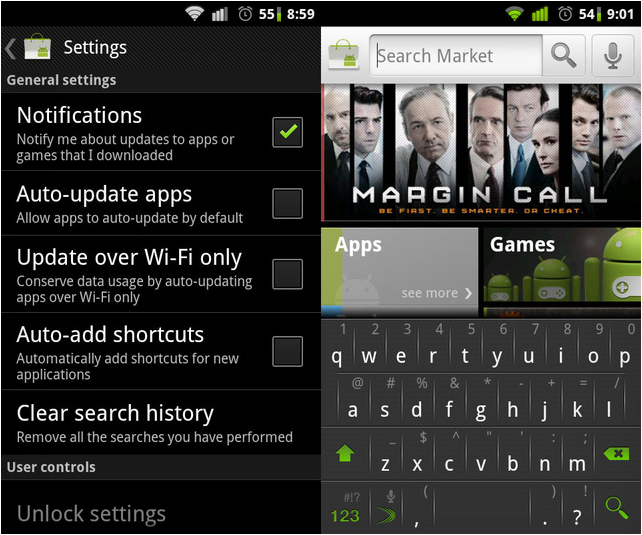 Some of the major features of new Android Market are,